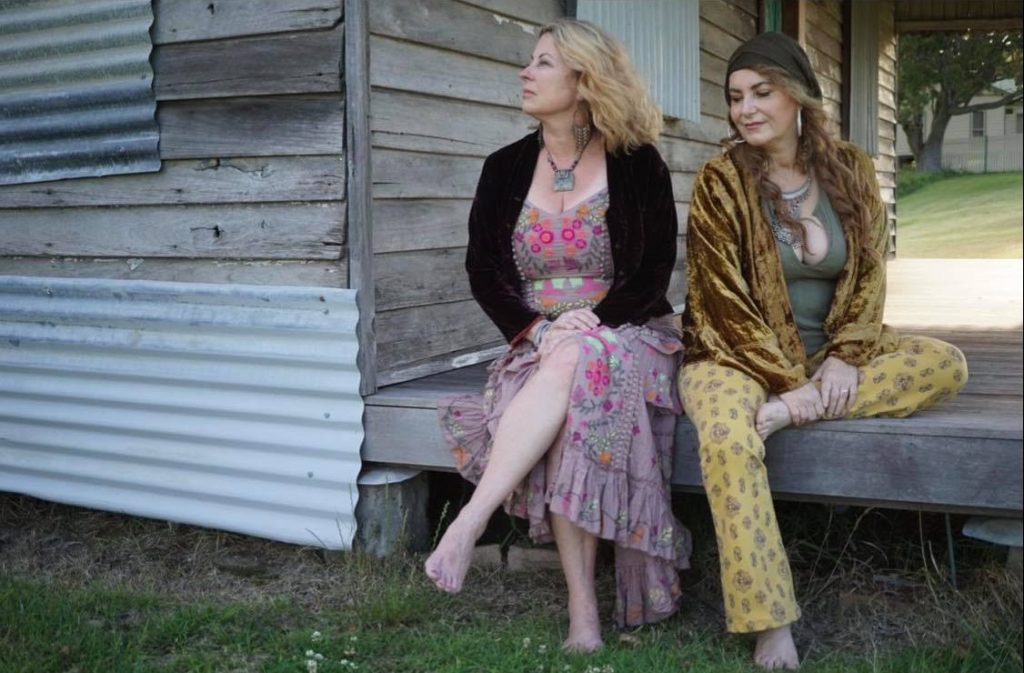 So, how did you two get together?

Sherry: “I was singing in a trio, and we needed a new keyboard player. Miranda turned up, auditioned and the rest is history. We became close friends and eventually got frustrated doing the same old covers and it just wasn’t fun anymore. We started sharing our originals with each other and discovered that we really did have something worth sharing. We believe people can relate to our music- as they are written from our experiences, including both tragedy and triumph.”

“Our rehearsals are filled with laughter and tears,” Miranda adds, “as we share the stories behind each song before working on them -this helps a lot with achieving the right feel. Sherry cries a lot but makes up for it by also laughing a lot and being hilarious. I spend half of my time trying to work out if Sherry is being serious or sarcastic.”

Sherry: “I attempt to play guitar but am limited to 8 chords, whereas Miranda is classically trained and has played in orchestras, so she leads when it comes to arrangements and amazing melodies. I also have every instrument known to man and can’t work out why Miranda is resistant to kazoo solos or an instrumental break of the button accordion.”

Miranda, first and foremost, is a dedicated mum; but also a doctor, a social butterfly and is super active with her hoard of friends. This means she is time limited but has an amazing ability to time manage, so that Bitter Rosies continues to become an amazing entity.

Sherry is a dog mum, sells retirement living, is an introvert, lives remotely, has a frustrating illness -but doesn’t let it prevent her from living a full life. She is also super grateful that Miranda is a doctor – just in case her head or arms fall off during a gig, finding it reassuring that Miranda could administer first aid.

Matt’s studio is across the road from The Edwards in Parry street, where Sherry and Miranda have cocktails after a day in the studio. One of the cocktails on their list was called the Bitter Rosie and it was awesome; so that’s where the band name came from.

The Rosies have been hard at work in the leadup to the release of their first single “Real Is Real”, which they believe would be a strong contender for the next James Bond theme.

Release date currently TBA, but watch this space for the details coming up in the next few months!