Cecilia has performed across the globe and is currently a soloist in conjunction with the Ignite Concerts in Sydney (Vivid Festival) singing alongside divas such as Inaya Day, Kathy Brown, Zoe Badwi and Peyton. Her dream is to sing at the Mardi Gras After Party J

She is currently writing songs for her sophomore record (which will be an EP) with a release date set for late 2018.

Working alongside Matt to co-create and produce my debut solo album “Liberty” was a lot of fun.

He is a gifted singer and musician and has technical prowess, whether at the helm of the sound desk and computers, instruments, knowing when to do a coffee run, getting the best from the session and generically (incorrect word intended) being an awesome dude.

I find his rates per hour to be very fair and all financial communication clear. He achieves a lot in a session and is committed to producing a quality result.

He is approachable and very witty but also the consummate professional.

I have signed up with Matt for studio time in 2018 and really look forward to getting back into the music. 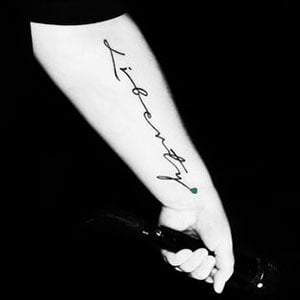